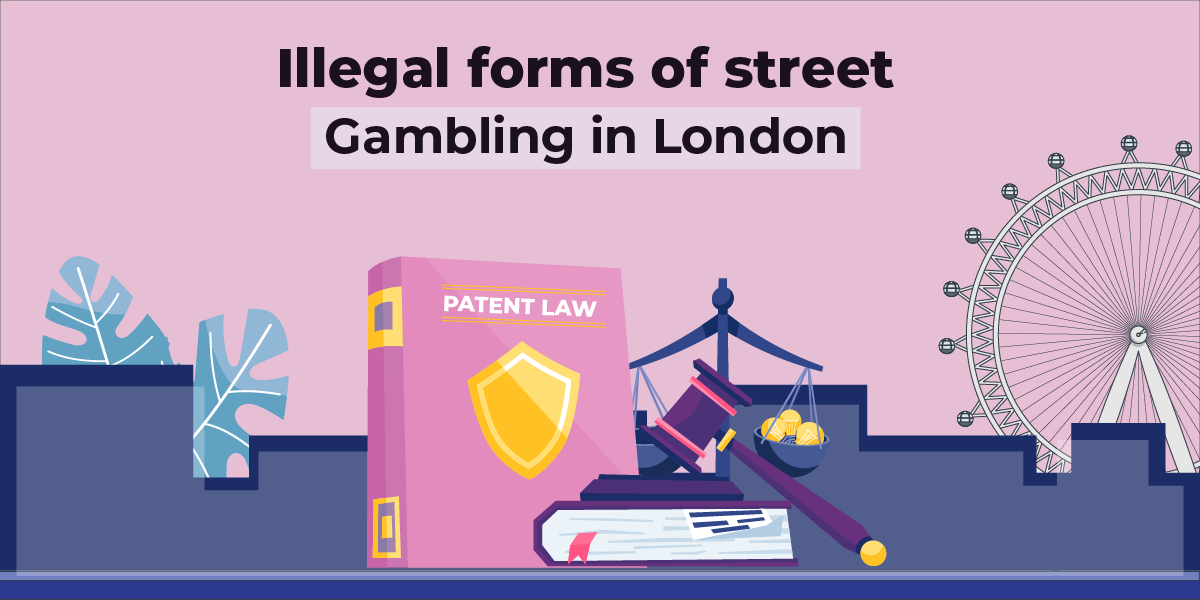 During my time as a London dweller, I always noticed scammers roaming around tourist spots. Especially on the Westminster Bridge! What are they doing? Operating all sorts of illegal street games to make sure they do not leave empty-handed.

Keep reading to discover what are the most common street games in London.

Curiosity pushed me to observe these so-called games, but other than that, I did not reach for my wallet to place a bet. I could not say that about the tourists that walked the streets of London, which are usually packed and probably an easy target for scammers.

As far as I know, street games are illegal in London because they are not regulated by any law. I think that the people’s innocence drives these ‘gamblers’ to put on a show and use all kinds of methods to trick those gathered around them.

How do they work?

Just like regular forms of gambling, street games use the same principle. Players must bet a certain sum to take part and try to win. But most of the time, the outcome is not in their favour, and the ‘dealer’ is the one that takes the money.

Stay tuned to discover the most common street games practised in London!

The game is very easy to understand. If it wasn’t, it wouldn’t be played on the streets, right?

This is how it goes: three or more identical containers (usually cups or shells) are placed face down on a flat surface. A ball is placed beneath one of the containers then they are shuffled by the ‘operator’ in plain sight. The spectators are invited to place a bet on which container holds the ball. To win, the player must guess where the ball is.

Easy right? If the game is played fairly, yes! However, most of the time, that’s not the case.

Although it is portrayed as a gambling game, the shell game is notorious for being used as a scam. The ‘dealer’ will usually rig the game by moving or hiding the ball during play. Sometimes, psychological tricks may be used to convince the player of the legitimacy of the game. For example, he may be allowed to win a few times before the fraud begins. This creates the illusion of a fair game.

This one is very similar to the shell game, but it has a few twists.

What’s different about it? Instead of cups or shells, it uses cards. The principle remains the same. Three cards are placed face down, and players must bet a certain amount to find the ‘money card’, which is usually the queen of hearts. That’s why the game is also known as ‘Find the Lady’.

However, in this case, the fraud is performed differently. One or more shills help the operator to trick potential players. What is a shill? It is a person who pretends to be a regular player to give credibility to the game. In fact, he helps the game operator conduct the fraud.

As the name suggests, this is very similar to casino craps but is played without a table.

So how does it work? Well, it involves only a pair of dice. Players must make wagers on the outcome of rolling the dice. And by that, we mean guessing the exact same numbers that will show up on each cube.

And just like the rest of the street games we mentioned, the outcome is usually not in the player’s favour. Although it doesn’t necessarily involve a scam, this game is still illegal and should be avoided by Londoners.

Where can you encounter them?

You can spot all these street games in tourist-populated areas. Probably the most infamous place where such activities are taking place is Westminster Bridge. That is also the most problematic area, where police are constantly trying to disperse illegal game operators. However, they keep coming back over and over again. Nothing seems to stay in their way of committing fraud.

Besides the bridge, you may encounter such scammers in Trafalgar Square, Piccadilly Circus, Hyde Park or around the Tower Bridge and Tower of London area. Let’s put it this way: they will be wherever tourists go.

Oh, one more thing! There are hundreds of people posting on Tripadvisor about these scammers and their most common ‘hot spots’. So, have a look there and start reading comments. Better safe than sorry!

Street scams you never thought of

Now that we talked about the street games that any London passer-by can easily spot, it’s time to mention some that might surprise you!

Street racing is not unheard of. Besides the adrenaline of taking part in a fast-car race, there is also something called the ‘gambling adrenaline’. This is usually experienced by the people who watch the race and place bets on the participant who might win the race. We can say this activity resembles sports betting. However, it shouldn’t be treated like that, as it is illegal.

Unlike regular street games, this one doesn’t take place in plain sight but rather in more hidden areas, usually at night. The main reason for that is to avoid the police. So, even if you are a racing fan, we recommend choosing a safer and more legal alternative, such as online sports betting.

Although they are not exactly considered ‘street games’, magic tricks are another way to scam Londoners. They may seem entertaining but watch out! Magic tricks, shows or short performances are usually used to distract spectators so that they can be easily pickpocketed. That sounds a bit absurd, but it is actually a very common occurrence in London.

While one person performs a public magic show, an accomplice will go around the crowd and pickpocket bystanders. So, we advise you to avoid such performances and keep walking when you see one. Sure, it might not always be a scam, but it is best to be cautious!

What are the risks?

Street gambling involves multiple risks, especially because it is illegal. Here’s a few of them:

So, try to stay away as far as possible from these street games and activities. After all, you will be the one suffering the consequences.

What are the authorities doing about it?

Street gambling and fraudulent activities have been problematic for many years. Although there is no specific law forbidding street games, these are not regulated by the USGC nor mentioned amongst the legal gambling forms in the Gambling Act 2005. So, technically, they are illegal and should be avoided by all means.

Authorities are doing their best to deal with this issue and stop street game operators from committing further fraud, but their large number is getting out of hand. And because the problem is mostly encountered in London, the Government or Parliament cannot address it. Instead, it is the London Mayor’s Office for Policing and Crime’s responsibility to control the situation. Therefore, a petition against street gambling was issued in 2016 to the London Assembly.

Unfortunately, due to unknown reasons, this was rejected. However, the Lambeth and Westminster councils took matters into their own hands by imposing a public space protection order on the Southbank and at the Westminster Bridge. This measure has reduced street gambling, but there’s a long road ahead towards completely eradicating the problem. Thus, if you spot such illegal activities, we recommend not taking part in them and informing the authorities.

The more you know

Finally, we would like to highlight the dangers of street gambling once again. Whether we are talking about the shell game, street craps or street racing, these are all illegal activities that can lead to players losing large sums. Although authorities are doing everything in their power to stop game operators, it is also the players’ responsibility to avoid these activities. Suppose you are a gambler who wants to explore new areas. In that case, we suggest scrolling through the array of online gambling alternatives!